I’m an award-winning writer and magazine editor, a published novelist, an effortless copywriter, an experienced ghostwriter, and an ace refiner of book-length manuscripts. In other words, an accomplished generalist whose beat is basically…everything.

I served as an editor at O, The Oprah Magazine for eleven years—as features guru, personal essay czar, and food editor. Two feature packages I worked on (one about the relationship women have to their hair, the other about the experience of caring for aging parents) won National Magazine Awards, and a profile I wrote won a Folio award. I’m now the Senior Features Editor at Parents, focusing on zeitgeist-y stories about parent life as well as the health and psychology of both women and kids. One of my feature packages for Parents, on raising kind kids, has also been nominated for a National Magazine Award.

My first novel, Bright Before Us, was published in 2011. I’m finishing a second. I’ve also ghostwritten four books, focused on such varied topics as negotiation tactics and egg-freezing. (I’d tell you the titles, but then I’d have to kill you.)

I’ve written personal essays, profiles, celebrity interviews, book reviews, explainers, service pieces, trend pieces, think pieces, works of cultural criticism, Q&As, timelines, tickers, and as-told-tos for O and Parents as well as Slate, Salon, Time, Tin House, The Believer, Wired, New York, and the New York Times Book Review. I spent a year writing a monthly column for Runner’s World about becoming a runner. (I was very sweaty by the end.) I’ve written stories about everything from summer grilling to maternal depression and interviewed everyone from Dr. Jill Biden to Chris Rock. (Both were terribly nice.) A piece of mine was also included in Best American Food Writing 2013.

I’ve generated lively and engaging copy for everything from a photographer’s website to commercial book jackets, with a healthy smattering of press releases, position papers, and artist’s statements along the way. My brand-focused prose feels warm, authentic, and natural, like a friend passing along a recommendation.

I went to Mills College and received my MFA in fiction writing at Sarah Lawrence College. I’ve helped countless fellow writers refine and perfect their short stories and novel drafts prior to publication. (I can do the same for you, too.)

I live to read; my TBR list is, at press time, 21,351 titles long (not a joke). I make killer fried chicken. I believe The Sopranos is the best show ever made. (Don’t hassle me.) I have a son and a husband, and though I grew up in California, I now live—like so many former New Yorkers—in Maplewood, New Jersey. 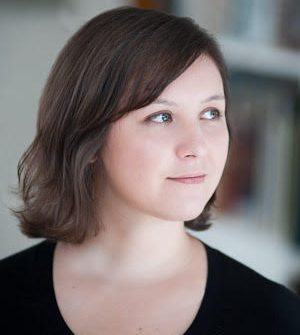