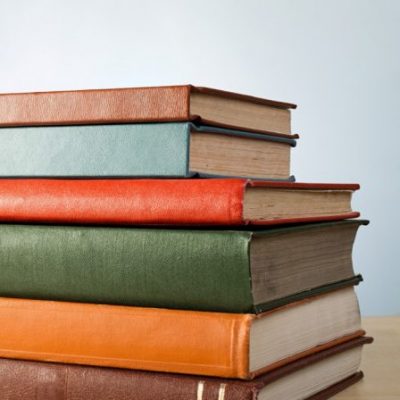 What to read when you suffer from imposter syndrome.

I once heard of a therapist who said that every patient told her some version of the same thing: “I feel like a fraud.”

Typically, imposter syndrome—the fear that you’re undeserving of a status you’ve attained—is a term applied to matters of work, and trend pieces on the affliction would have you believe that most sufferers are women. But the terror of being exposed as a pretender can infect anyone’s life, and any aspect of it. One can feel like a fraudulent friend, too uncool or unsmart to truly be some dazzling person’s pal, though he or she inexplicably calls you up to hang out all the time; a sham parent (I’m in charge? Me, who once locked my keys in my car twice in one day?); a charlatan spouse (I spent much of my first marriage thinking I’m someone’s…wife?); or a phony bibliophile (though I enjoyed the first third, I never finished Moby Dick, nor acclimated to the shame of this deficiency). You can even feel like an inadequate student—how many times in grad school did I hear people apologize in workshop for shortcomings of plot and prose, like we weren’t all there to learn how to do both better?

Since we’re on the subject of my education, here’s a story: While researching this installment, I saw mention of imposter syndrome online and felt my innards kink with panic. It’s imposter, not impostor?! Fuck me, had I misspelled it while teasing this topic in the previous newsletter? I checked. Yes, I had. I imagined you all recoiling at my error, given the qualifications that should’ve prevented it: two writing degrees, one novel, a job at which I fix substandard prose. I rode my shame, Dr. Strangelove-style, to hell—and then to Google, where I learned that the word has two correct spellings. D’oh. I tried to wallow all over again (shouldn’t I have known there were two spellings?), but by then I was pretty tired.

If you too are forever telling a therapist that you feel like a fraud, the best advice I can offer is this: flip the thought around. You can’t feel inadequate unless someone (including yourself) expects great things from you, which means you’ve made it. And every day you do right by that someone is a direct refutation of the voice that says you can’t. So, count those days. Let the volume of them, the bolstering tally, drown out that lying voice. And in the meantime, may these works ease and aid you in shutting it up for good.

Few protagonists are quite as pitiful as Alice, a gasping striver consumed by efforts to hide her family’s poverty long enough to land a husband. After her father loses his job (a nervous condition has rendered him bedridden), their finances and social standing suffer irretrivably. Alice tries to keep her chin up, picking flowers from public parks for her dance-hall bouquet, altering her tired dress, flitting off to balls she’s invited to out of politeness, sucking up to moneyed friends repulsed by her social climbing. When she catches the eye of Arthur, a well-heeled beau out of the gossip loop, they embark upon a series of chaste porchlight wooings: Alice, ashamed, won’t let him into their crummy house. That kissing cousin of imposter syndrome, status anxiety, is often a prerequisite for said syndrome. Say Alice does land Arthur. (I won’t spoil it for you.) Could she ever comfortably inhabit the role of his wife? Even if the discovery of her lies about her family don’t doom the union, won’t she live in terror of being disdained by his crowd? At root, imposter syndrome and status anxiety are about precisely the same thing: what others think of us, and the energy we waste fretting over it. When, at the novel’s end, Alice heroically—and movingly—lets go of her anxiety about how she is perceived, it may just rally you to do the same.

Bernstein, ninety-one, is a theoretical physicist and former New Yorker staff writer, and this brief, devastating essay describes a 1981 writer’s seminar at which he was invited to speak. There, he attended a workshop led by the poet Stephen Spender, a contemporary of poets W.H. Auden and Cecil Day-Lewis. Bernstein writes that Spender seemed to be “on autopilot,” and that he was clearly “pretty tired of being an avatar for his now dead friends…he had outlived them all, but was still under their shadow.” Bernstein resents Spender’s half-assed engagement with the class, and to stir him up, asks him what he thinks is the most beautiful line in the English language. Spender stands and writes a line of Auden’s on the blackboard. I read this essay seventeen years ago, but this moment has never left me: “He looked at it with…sadness, wonder, regret, perhaps envy. He recited it slowly and then sat back down.”

Bernstein casts Spender as a sorrowful almost-was, a poet “limited, if not relegated, to the category of the merely very good…inevitably saddened by his knowledge of what was truly superior.” It’s a prognosis applied in bad faith, impostor syndrome by proxy. Bernstein has no idea how Spender feels about his own work as compared (if he even did compare them) to that of his peers. But the greater reason the essay merits discussion here is the fact that “mere” very-goodness is sufficient, is plenty—and that bears repeating in a society that’s made a religion of striving toward perpetual self-improvement. Two idioms prove instructive here. First, The great is the enemy of the good. Second, the one that should serve as drumbeat whenever you fear you aren’t spectacularly superlative enough: Enough is as good as a feast.

Extra Credit: The sublime line of Auden that Spender wrote down was this: “This lunar beauty / Has no history / Is complete and early…” You can read the rest of “This Lunar Beauty” (1930) here. You can also view a portion of a Yale lecture devoted to the poem here.

Though the masquerader in this tale may seem obvious—this being the story of Kirn’s friendship with a devious German transplant who posed as an Ivy League-educated Rockefeller, grifting Kirn and other marks while on the run for murder—the person who may fear exposure most here is the author. A disillusioned writer in rural Montana whose mild renown (he wrote Up in the Air) is little more than a patch job on his ailing self-esteem, Kirn buys the con man’s lies not because he’s gullible, but because he likes bathing in all that reflected Rockefeller light. After all, if a rich, educated sophisticate desires your company, surely you aren’t the hacky hick you fear you may be. But bear in mind—and this is where things get relevant—that Kirn himself is a graduate of Princeton and Oxford, a successful novelist, an acquaintance of George Clooney. As he writes, “I’d bowed to a tinfoil prince. I’d kissed his ring, and the irony was that the true ring was on my hand. The only Ivy Leaguer there was me…I, the fawning aspirant, should have been the one conferring status.” Just goes to show you: no one is immune.

Extra Credit: Javier Cercas’ glorious biography/detective story, The Impostor, also depicts a real-life charlatan—a supposed hero of the Spanish Civil War and Holocaust survivor—and explores the curious ways in which we both revile and invite the experience of being deceived, even (or especially) when, like Kirn, we’re the ones doing the duping. (Worth noting that Cercas is primarily a novelist—and what is fiction but a welcome lie?)

As indicated above, there’s an added layer of illogic in feeling like an imposter student, school being the rare setting in which ignorance is not only acceptable but expected. But do people live by logic? Almost never. In this dryly witty novel (and I mean bone dry—it’s relentlessly deadpan, in a good way), Selin, 18, reports to early-aughts Harvard for her freshman year and promptly sinks into an email flirtation with a lavishly brilliant senior, who sends her such abstruse messages she can barely decode them. Selin finds these pseudointellectual riddles exhausting, but being young and afraid to expose herself as, well, an idiot—too dumb for Harvard; too provincial for this wordy, worldly boy—she does her best to respond in kind. You may not feel deep affection for Selin (I didn’t), but there’s a good chance you’ll remember how it felt to be her, young and half-formed and perpetually uncomfortable; not totally certain who you are, but still pretty sure that everyone else is cooler, smarter, and more interesting.

Extra Credit: If you prefer to take your choking sense of inadequacy with a splash of humor, this droll Shouts and Murmurs from 2016 should make for a fun few minutes.

Again, the term imposter syndrome tends to be associated with the way we function (or fail to) at work. If you’ll permit me one last personal aside, I’ll tell you that the central thesis of this book used to scare the professional shit out of me. The Peter Principle holds that eventually, everyone rises to “the level of their incompetence.” You do a good job at your job, so you get promoted, taking on new responsibilities. But what if you’re not good at the new tasks? You’re stuck either routinely falling short or getting fired. The Peter Principle is like imposter syndrome fertilizer, helping it grow to new and exciting levels of terror. After I was promoted a final time at my previous job and was given, most months, sixteen-plus magazine pages to fill, I told my work wife the day had finally come: I was bonking my head on the ceiling of my ineptitude, and this was where I’d crash and burn. Hadn’t I only gotten the job by the skin of my teeth? (I bombed my interview so hard the office will be radioactive for another thousand years.) I’d done well since, but how long could it last? Someone high on the food chain at that job often said ruefully that this or that editor had “lost her fastball.” The phrase stalked my dreams.

So why am I infecting you with knowledge of this hateful principle of Peter’s? So you can watch me poke a hole in it. The Peter Principle assumes that “competence” is a fixed target. But most jobs don’t work this way. Employees’ strengths and weaknesses tend to complement each other. There are magazine editors who couldn’t coax a coherent sentence out of a writer if someone held a Strunk & White to their head—but they’re killer at finding cool subjects, at reporting, at knowing what’s new. Even at the same level, there are different kinds of good.

And this is key, because I’ve concluded that imposter syndrome flourishes most among those who believe in that fixed target mentioned above. But if there were a precise combination of traits or words or deeds that would make you worthy of that brilliant friend, or an infinitely capable employee, or a writer who wows the workshop every time, wouldn’t someone have figured it out by now, and wouldn’t we all be bored by the result? Every employee barfing up the same ideas, every friend indistinguishably awesome, every hypercompetent parent and writer churning out identically dull kids and books. I much prefer this world, in which we’re all good at some things and bad at others, and we all wind up—even if it takes a while, and even if we think we don’t deserve it—where we’re meant to be.